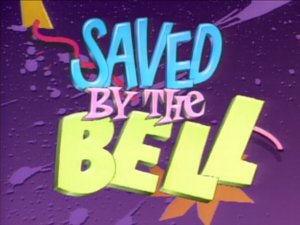 Saved by the Bell is a high school sitcom that ran from 1989-1993 that spawned from the 1980's show, Good Morning, Miss Bliss. Though it was one of James' favorite shows growing up, it has aged terribly and there are only a handful of episodes that even reach "watchable" on the quality meter nowadays.

It is a frequent source of references from the hosts on the podcast--especially during Episode 10.

Instead of facts, what did we learn from this show?Edit

Retrieved from "https://tranquiltirades.fandom.com/wiki/Saved_by_the_Bell?oldid=20822"
Community content is available under CC-BY-SA unless otherwise noted.